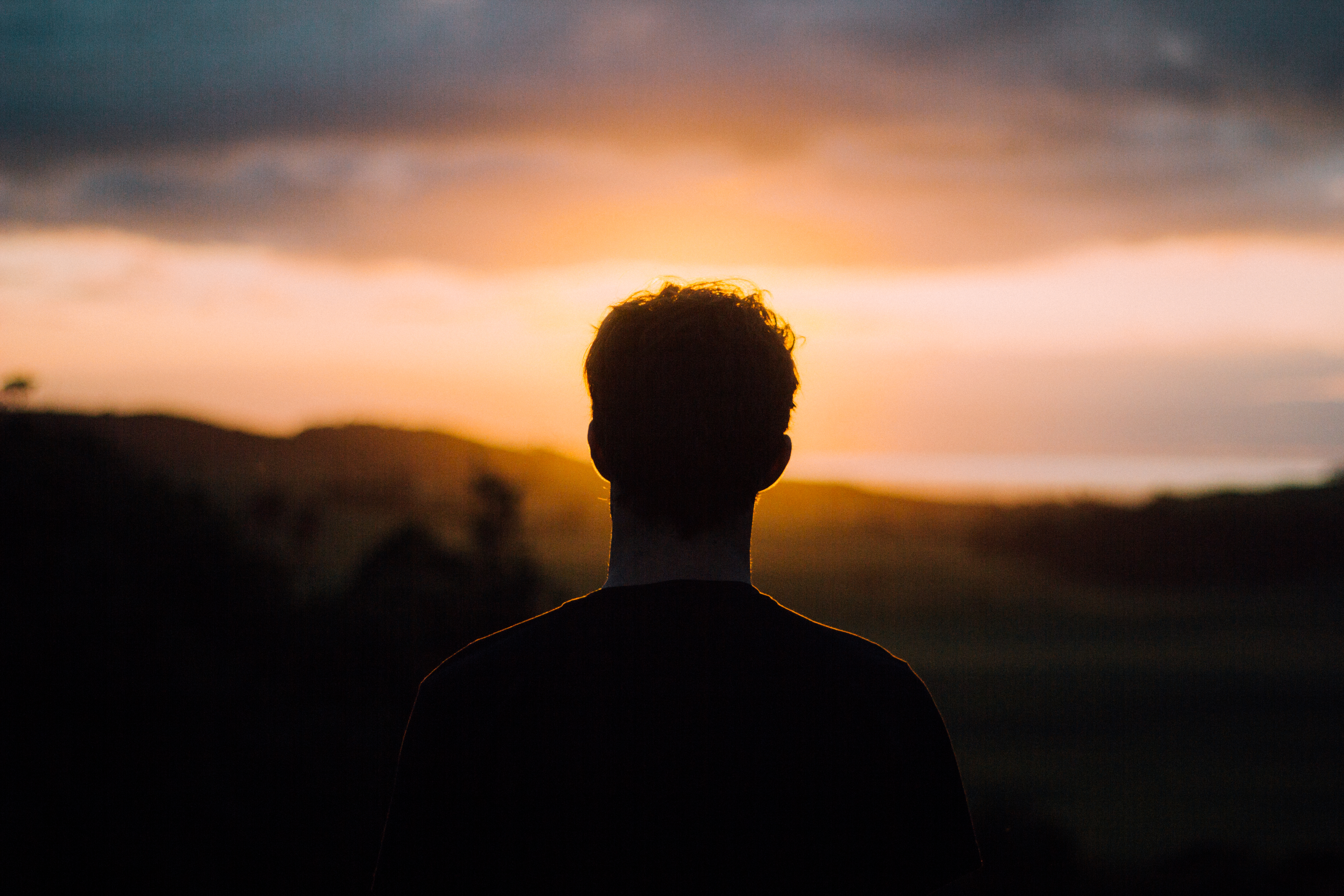 “The way things are going these days…”

When did killing time become so stressful? Why must it be filled with such anxiety and unease?

What am I talking about, you ask? Allow me to provide some context. Recently, I was awarded the duty of watching my infant son without ANY adult supervision. My wife took the other three to a school carnival so I stayed home with the new guy. Lucky, lucky me! I’ll gladly take baby duty over a carnival, but I digress…

So I sat down in the chair with my little guy as he begins to fall asleep, and (perish the thought) I was unable to reach the remote controls  (yes that’s “controls” in plural. My wife can’t stand that I require two remotes to turn on the TV, but that’s the way it is).

What to do in such a predicament? I’m supposed to sit there without stimulus? Don’t panic. What did I have with me? Why, it’s what all of us have at our disposal every waking minute of every day. You guessed it! I had my phone, thank goodness. After all, it had been a full 30 seconds since I checked it last (half-joking of course).

So I hit the bottom power button and begin to swipe through the icons. Eventually, after tapping through a few things, I swipe over to that infamous blue icon… FACEBOOK!!

I’m scrolling through and it doesn’t take me long to walk away with a couple of conclusions: (i) I should avoid Facebook more often, and (ii) about half of the content that my “Friends” are “sharing” is scary!

You name it, it’s been “shared” with me recently:

And here I thought I’d see some pictures of your kids and maybe a short video on making a spaghetti casserole!

The biggest surprise: a large portion of the scary stuff I saw is shared by brethren from other churches!

Hey, I’m a culprit too here. I am not innocent in my sharing of things that promote my view, while doing somewhat less than building up those that might disagree with me…

Is this a problem? Is it bad to be broadcasting such concerns about the country/society/world? This is the question I asked myself.

Paul reminds us in his letter to the Colossians that our focus needs to be upward, not here. While an American citizenship, or any other citizenship, might be a source of great pride, it can’t be the way we identify ourselves. While we love our country, while we want what’s best for it, we must remember that if we have chosen to follow Christ, we have put off our old selves. This country is no longer our country - our homeland is elsewhere.

“So then you are no longer strangers and aliens, but you are fellow citizens with the saints, and are of God’s household, having been built on the foundation of the apostles and prophets, Christ Jesus Himself being the corner stone” - Ephesians 2:19-20.

I’m the first to say that I’m thankful for the United States of America. It’s been described as the greatest political experiment of all time, and I believe it completely. This country of ours ushered in a pattern of religious freedom that is the benchmark for the world. The prosperity of its citizens has introduced the Gospel to souls across the world. I am proud to be an American citizen.

And I’m equally troubled by many trends facing this nation - both geopolitically, as well as the moral compass of our society. I get it. I love this land, and I wish for it to continue to find blessing in the eyes of God.

But for all of those concerns, it’s important for me, for all of us, to never forget this one important fact: it’s only going to get worse from here.

“The world is passing away, and also its lusts; but the one who does the will of God lives forever” - 1 John 2:17.

It’s sometimes hard to believe, but it’s true, folks. God reminds us over and over again, through the Gospels and through epistles, that things will not end well on earth. These are the world’s “last days.” How long do we have? Only our God knows. But make no mistake, it’s happening.

We can pray for the USA. We can pray for our planet. But its days are numbered, and we, being a “sort of people” in “holy conduct and godliness” ought to be “looking for and hastening the coming of the day of God” (2 Peter 3:11-12).

I don’t mean to dismiss sincere concern for the direction of our society, but I believe it’s imprecise to conclude that somehow the difference of a handful of decades drastically turns back the morality of our nation. And we must not ever forget, the world, the things of the world… it’s fate is sealed. We must not be surprised by perilous times. All of it will pass away, “but the one who does the will of God” (1 John 2:17).

Additionally, even this world at its best will pale in comparison to paradise with our Lord. Peter tells us we should “be looking for new heavens and a new earth, in which righteousness dwells” (2 Peter 3:13).

“When He approached Jerusalem, He saw the city and wept over it, saying, “If you had known in this day, even you, the things which make for peace! But now they have been hidden from your eyes. For the days will come upon you when your enemies will throw up a barricade against you, and surround you and hem you in on every side, and they will level you to the ground and your children within you, and they will not leave in you one stone upon another, because you did not recognize the time of your visitation.” - Luke 19:41-44

This passage has been fascinating to me ever since I’d read it for the first time. The above scene is Jesus’ entrance into Jerusalem. The first time he saw the City of David - in truth, he had likely watched Jerusalem from the Right Hand of our God since its beginning. And in this scene, he’s approaching it as a man. And he weeps for it, because he knows of its destruction to come some 70 years from this date.

Can you imagine that? He was so moved at its sight that he wept for it and its inhabitants. Such a touching scene to me. But like the fate of our world, Jerusalem’s actions will seal its impending doom.

Is it wrong to be concerned about the state of the world that we live in? I don’t think so.

Like my Christ, I can be emotional about my country. I can pray about it. I can try to reach those that are still of the world. But I will not be able to change it. And if I’m not careful, I might shift my focus away from the things that are above, and instead dwell on the things that are on earth.

We so often talk about the world that we are leaving for our children and the generations to come. The federal budget deficit. Social Security. Wars. Decaying family values. How arrogant of us to assume there is even a tomorrow, let alone generations.

There’s something I did recently, and I would recommend to you if you’re a Facebook user: go back through your own posting history. Go back weeks, months, years. Is there a theme in what you have written or elected to share with (broadcast to) others? What are you telling your social connections about yourself through what you have posted? What does it indicate about your heart? Does it showcase the love you have, and peace you have found in Christ? Or does it show a dwelling on earthly things? An angst for the uncertainty of our physical future?

At the end of my exercise, I hit the delete button to several of my old posts (could probably stand to delete more). What seemed like prudent things at the time (“things that needed to be said”) more or less left me a little embarrassed. And who knows, I may have discouraged someone that wasn’t a Christian. Maybe I gave them another reason to dismiss the Church. I pray that God forgives me if I did.

Next time I find myself stuck in a chair with my son and lacking the remote controls (again, yes, controls) maybe I could do a better job of focusing on the things Paul describes in Philippians 4. Maybe I could focus on my son - this pure gift that God gave me. His hands will not be the size of the tip of my thumb for long.

Or, if all else fails, and I’m stuck in that chair, maybe I use that time to actually go to God in prayer.

We must shift our perspective. West Mason family, we are fellow heirs with Christ to the almighty God. When will we each be united with Him in our homeland? Only our God knows. But make no mistake, if we are His followers it’s happening. Through our faith and works, our fate is sealed. When I remember that, that’s a lot more exciting to share than articles or personal views on the president or controversial Disney characters. Until that day, let’s do our best to instead dwell on those spiritually-minded things. May God bless us and our work in His name. Amen.