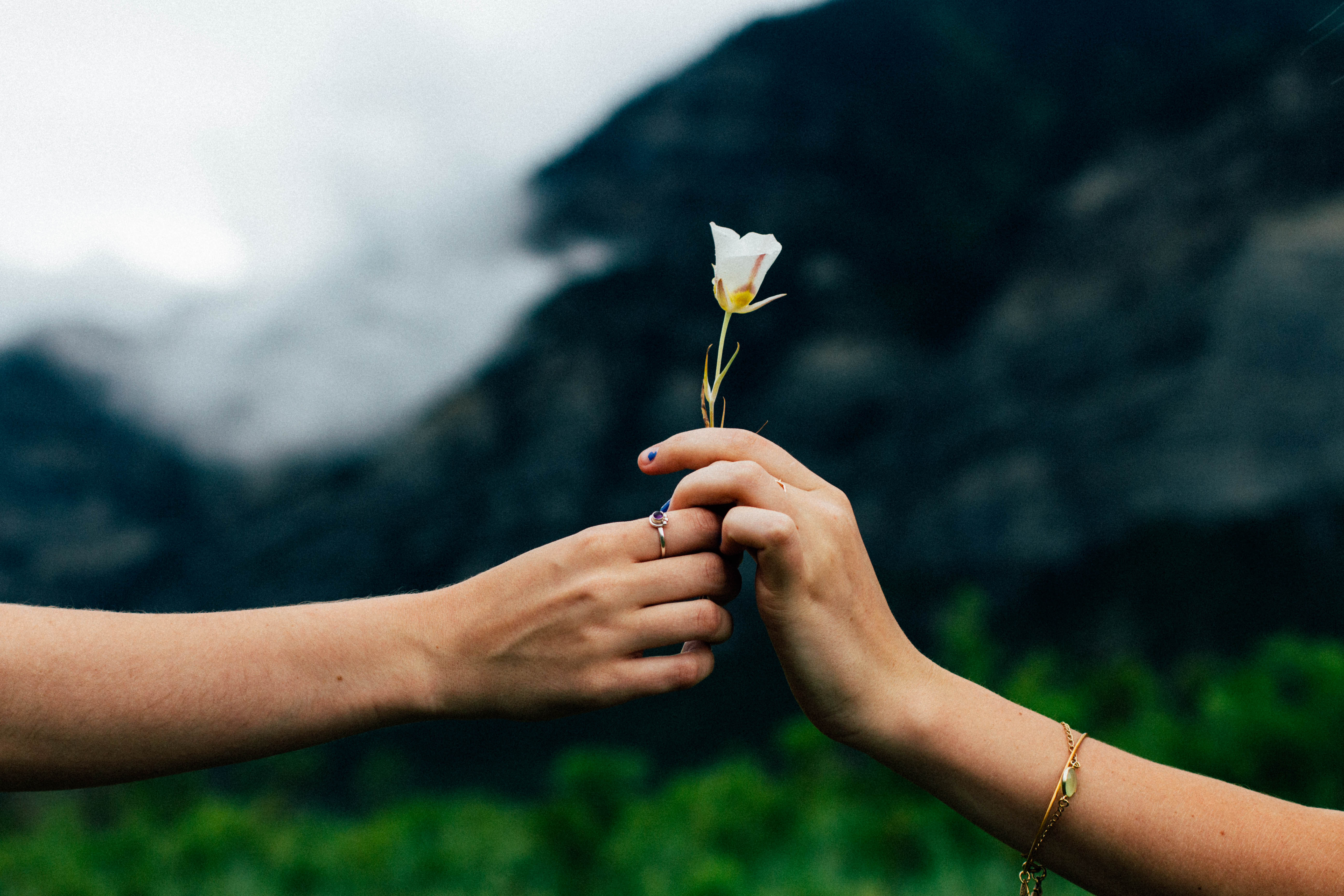 “Looking out for number one” is a prevalent attitude in many people. It’s not a new idea. People have always been concerned with their own well-being and taking care of themselves. Can you think of any pop culture terms that exemplify just how concerned we are with ourselves? (Hint: It has to do with front-facing cameras and it has the word self in it.)

It’s not really a bad thing, necessarily, but it can be. However, one thing is certain: it stands in stark contrast to many examples that we see in Bible.

If asked about selflessness, you might rattle off a few examples of people or lessons that provide us a pattern to follow. First and foremost, I think about Christ and his ultimate act of love and selflessness in dying for someone else. What a powerful example of someone who was only looking out for the interests of others!

Christ, who taught about selflessness, also lived a selfless life. Remember when he talks about relationships to people: he urges us to pray, even for those who persecute us. He pushes us to go out of our way by walking the extra mile, offering our cloaks and our shirts, giving to those who ask and loving our enemies (Matthew 5:38-48). Those are actions that completely remove the “me” from the equation. He tells the parable of the Samaritan who takes care of the recently robbed Jew. He then commands us to go and show mercy like the Samaritan who cared for the man using his own resources and asked nothing in return.

Christ’s teachings and His example are helpful for us in understanding what it looks like when someone is “giving of self.” Consider what Paul writes to the Thessalonians in 1 Thessalonians 2:7-12:

But we proved to be gentle among you, as a nursing mother tenderly cares for her own children. Having so fond an affection for you, we were well-pleased to impart to you not only the gospel of God but also our own lives, because you had become very dear to us.

For you recall, brethren, our labor and hardship, how working night and day so as not to be a burden to any of you, we proclaimed to you the gospel of God. You are witnesses, and so is God, how devoutly and uprightly and blamelessly we behaved toward you believers; just as you know how we were exhorting and encouraging and imploring each one of you as a father would his own children, so that you would walk in a manner worthy of the God who calls you into His own kingdom and glory.

Let’s recall, for a second, the situation Paul had been in while in Thessalonica. In Acts 17, Paul and Silas had been forced to sneak out of the city because of an enraged mob. Jason, a Christian brother in Thessalonica, was attacked and dragged before the Jewish leaders. This wasn’t a peaceful situation for Paul. And even after they sneak out and arrive at Berea, the Jews show up there and stir up a mob.

Yet consider the words Paul uses in writing to these brothers, among whom he suffered; he describes the relationship as tender, fond, affectionate, well-pleasing, and very dear. He was forced out of the city because of their belief and love for God. Therefore, it should amaze and impress us that he was willing to give of himself.

I do not want to downplay the importance of teaching the gospel, but Paul emphasizes that he and Silas even shared their lives with the Thessalonians. It is absolutely important that we talk about the word of God with one another and those who do not believe, but it is also absolutely necessary that we include the way we live alongside the message. Paul mentions how hard he worked while he was among the Thessalonians, not that he would benefit from the working, but that they would not be burdened by having to support him while he was there. Rather, Paul works day and night so as not to be that burden and so that they benefit from his teaching them the gospel.

Another thing that stands out in Paul’s writing is the role of parental figure that he likens his relationship with them to. I’m not a parent yet, but I know of the sacrifices that my parents made and all the things that they have done for me. That example alone provides very real evidence for how much Paul was giving of himself for these Christians. If we follow his example, think about the amount of need that can be provided for in the church and how much work we can do together in the communities we serve.

Finally, Paul writes that the purpose of all of the hard work and giving of himself is so that Christians might live a life worthy of being called by God to salvation. Because we have been offered a relationship with God, we should live according to God’s standards. The final result of working hard, living according to the calling, and giving of self is sharing in the glory of God in His kingdom.

I encourage you to look for ways that you can offer yourself and take care of the interests of others this week and this year. We are fellow heirs and have a responsibility towards one another that we see enacted in Acts 2 and 1 Thessalonians 2. As God seeks to adopt more children, let’s work hard to share the gospel with others and give of ourselves, both to individuals and to the kingdom.